In this article, we will learn how to use the Python UUID module to generate the universally unique identifiers. There are various versions of UUIDs. We will see each one by one with the examples.

Goals of this article: –

A UUID is 128 bits long number or ID to uniquely identify the documents, Users, resources or information in computer systems.

Do you want to learn more about what is UUID? then refer to this Wikipedia Link.

Now, Let see the simple example to get the universally unique Id.

As you can see in the output UUID is made up of five components, and each component has a fixed length. A hyphen symbol separates each component. UUID’s presented in the format “8-4-4-4-12”.

The formal definition of the UUID string representation is as follows. 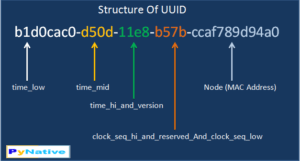 Let’s understand Why and When to use UUID in our application.

Why and When to use UUID

Note: When to use UUID is depends on the situation, use case, conditions, and complexity.

When considering the above scenarios, indeed UUID approach is much more unique and universal to generate database Keys. Because Auto-increment isn’t suitable for the distributed system, Most of the database servers including MS SQL Server, MySQL or Oracle, and much more use UUID to generate database keys To identify resources or information uniquely.

Here are some StackOverflow questions which talk more about this in detail.

Finally, let’s see how to use the UUID module and its functions now.

The uuid.uuid1() function is used to generate a UUID from the host ID, sequence number, and the current time. It uses the MAC address of a host as a source of uniqueness.

The syntax of uuid1()

Note: uuid1 is not safe it has privacy concerns because it shows the computer’s network address in UUID.

Each computer has a different MAC address so on each computer you will get different Id.  Let’s simulate this by setting explicit node IDs to simulate running on different hosts.

To generate UUID of version 1 we need a hardware address, i.e., MAC address. It is a 48-bit positive integer.

UUID 4 to generate a random UUID

The UUID generated using a uuid4() function is created using a truly Random or Pseudo-Random generator.

When should one use uuid1 and uuid4 in python?

uuid1() is guaranteed not to produce any collisions. You can create duplicates UUIDs by creating more 16384 uuid1 in less than 100ns. Don’t use uuid1 when you don’t want to make the MAC address of your machine visible.

uuid4() generates a random UUID. The chance of a collision is small. When UUIDs require to generate on separate machines, or you want to generate a secure UUIDs use UUID4().

furthermore, this excellent answer by Bob Aman on StackOverflow explained this in detail.

UUID 3 and UUID 5 to Create a Name-Based UUID

Version 3 or 5 UUID meant for generating UUIDs from “names.” we can use name and namespace to create a series of a unique UUIDs. In simple words version, 3 and  5 UUIDs is nothing but hashing namespace identifier with a name.

The uuid.uuid3(namespace, name) generate a UUID based on the MD5 hash of a namespace identifier (which is a UUID) and a string.

Similarly, the uuid.uuid5(namespace, name) generate a UUID based on the SHA-1 hashing technique of a namespace identifier (which is a UUID) and a name.

The UUID module defines the following namespace identifiers to use with uuid3() or uuid5().

Let see the examples now. Generate a UUID 3 and UUID 5 using the different hostname and namespace.

Example to generate a UUID 3 and UUID 5 using a different namespace.

You should get the same UUID both the times.

The internal representation of a UUID is a specific sequence of bits in memory, as described in RFC4211. It is necessary to convert the bit sequence to a string representation to represent UUID in string format.

UUID module provides the various read-only argument to access the value of each component of the UUID object. You can extract the values from UUID so we can use this value for a different purpose. For example, You want to Extract the time from a UUID version1 in python.

Let see how to access these read-only attribute of UUID.

UUID to String and String to UUID in Python

When we call a uuid.uuid1 or any other version of UUID you will get an instance of UUID class. When we want UUID in string format for comparison, manipulation or maybe for any reason we can get its string representation using a str class. Let see how do change a UUID to a string.

You can also get UUID without dashes. You need to use the string’s replace method to remove the dashes from the string for example.

Now let’s see how to create UUID from String

Assume you received UUID in string format. Now in your application, you need to convert it in the UUID class instance for some operation. Let see how to use a uuid.UUID class to generate a valid UUID from String.

How to generate a random UUID which is reproducible with seed or with existing UUID attribute in Python?

If you have any of the above values, you can generate a UUID. Let see this with an example. I have used all these values of the same UUID. therefore, the result must be the same UUID in all cases.

For testing purposes, we need to generate the same UUID again, and again.i have used the faker module here for a seed value.

You may have a privacy problem with uuid1 as it use MAC address of your host. On the other hand uuid4() creates a UUID using a random generator.

Also, uuid1 is not safe, i.e. uuid1() may or may not return a “safe.” when we call safe means UUID must be generated using synchronization methods so that no two processes can obtain the same UUID.

uuid.SafeUUID can return the following values.

Let see the example I tested the following code on my windows 7 os to find UUID is safe or not. Let see what it returns.

To practice what you learned in this article, I have created a Python random data generation Quiz and Exercise project.

Let me know your comments and feedback in the section below. 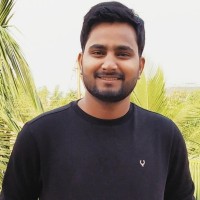 Founder of pynative.com. I am a Python developer and I love to write articles to help developers. Follow me on Twitter | Happy Pythoning!

Let us know your feedback and suggestions. 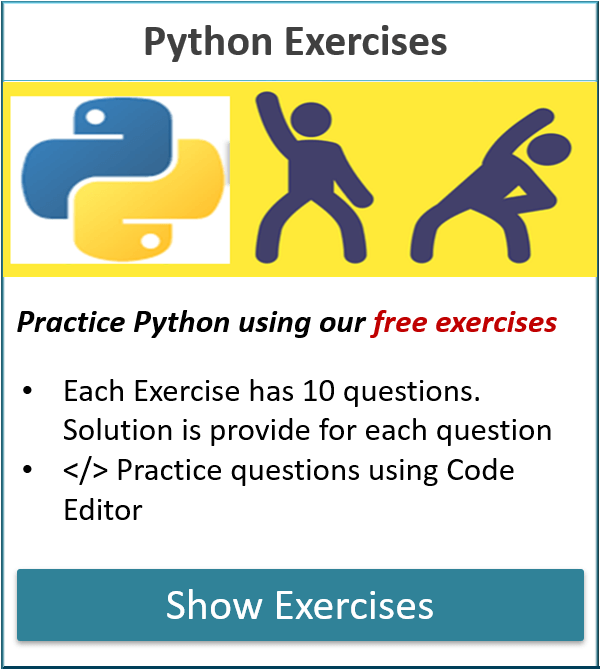 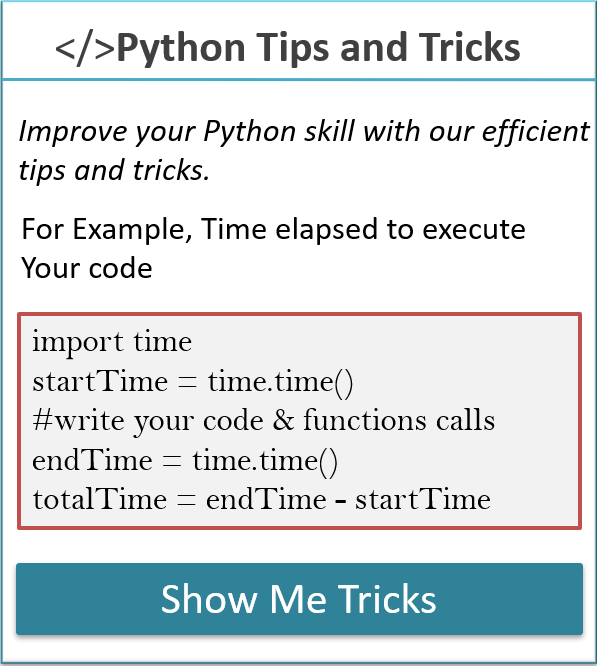 Subscribe to get new Python Tutorials, Exercises, Tips and Tricks into your Inbox

Subscribe and Get New Python Tutorials, Exercises, Tips and Tricks into your Inbox Every alternate Week.

We use cookies to ensure that you have the best possible experience on our website.AcceptLearn More